INTERIOR DESIGN, EXTERIORS, DESIGN, LOVE, PASSION & LIFE. YOUR HOME AND HOW YOU LIVE.

PHOTO OF THE DAY

We have had a wet wet winter in Melbourne and only now we are seeing the sunshine and glimpses of blossom to coax us out of our caves.  I only wish I saw this picture earlier in Winter to remind me how wonderful it is to revel in the joy of rain pelting on your skin.  Too often we curl our bodies and minds internally in winter.  I am now looking for a red dress to run in the rain. 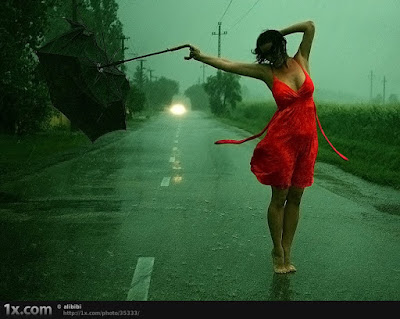 DANCING IN THE STORM
Posted by shaynna at 9:18 AM 1 comment:

Email ThisBlogThis!Share to TwitterShare to FacebookShare to Pinterest
Labels: melbourne, photo of the day, winter

ITEM OF THE WEEK

Sometimes there is a piece of furniture that leaves you breathless for all the wrong reasons.  This lounge chair by Jack Hopkins has been been described by  Todd Merrill Antiques as 'unrestrained artistic expression'.  I just find it creepy and would give me nightmares 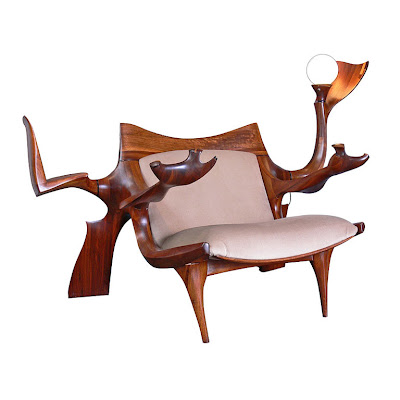 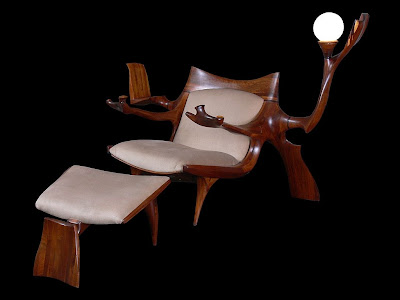 Email ThisBlogThis!Share to TwitterShare to FacebookShare to Pinterest
Labels: chair, furniture, item of the week, weird

WORD OF THE DAY - MNEMONICS 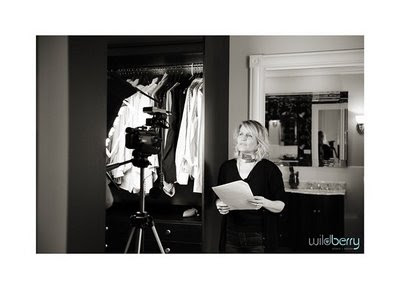 I discovered a little word today - Mnemonics!!! I had never heard of it before but after reading '10 things you didnt know' on the gorgeous
Jacki Weaver, I thought, if it works for her it might work for me.
I write most of my pieces to camera for Selling Houses Australia and my YouTube channel videos but trying to remember everything while building is going on around you and a filming team hoping you get it in take, does produce a little  'mind blank' in the pressure cooker.
Mnemonics is a memory tool to help you remember things like peoples names, formulas and in general - your lines!   I haven't given it a go yet but look forward to putting it into practice as we have begun film series four! 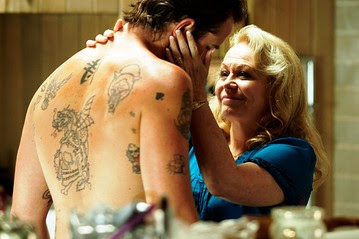 JACKI'S latest movie is, Animal Kingdom.  She plays the female matriarch of a Melbourne crime family. Intense viewing!!!
Picture: Sony Classics
Posted by shaynna at 9:34 AM No comments: 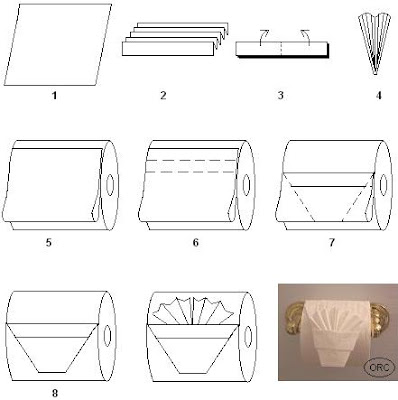 Just as we came to terms with being a  'folder' or a 'scruncher' we have a new style in the mix.  Pleat and Tuck!! Get practicing for your guests.  Origami has left the dinner table and straight to the toilet - literally.

NOT SO SERIOUS PLEASE

We are bombarded with food blogs and we are blown away by their amazing talent but I came across this blog that not only have to die for 'sweeties' recipes but happy to interject just a little bit of fun in a couple of their pictures.  Not only was it clever but it made me go through the whole blog to see if I could find anymore pictures like it. Sadly I didn't but it made me think, was it a clever marketing tool or just a bit of fun they had on one day?
Have you found any clever blog/websites like this?  Post them here so we can all share them. 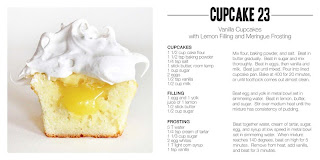 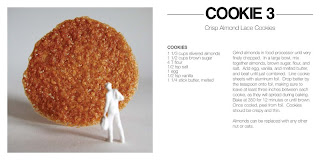 I know it isn't design related but sometimes you just need a little extra humour in your day for a kick-start!


See more funny videos and funny pictures at CollegeHumor.
Posted by shaynna at 12:20 PM No comments:

FAUCET WITH A DIFFERENCE 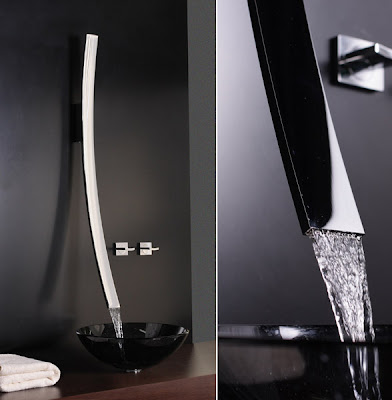 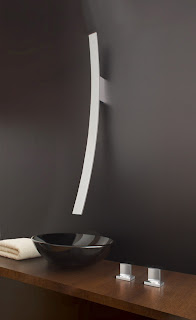 This wont be everyone's taste but I love how this simple water spout from GAFF becomes a work of art in a bathroom.  I would put a mirror in there though.
Posted by shaynna at 8:37 AM No comments: 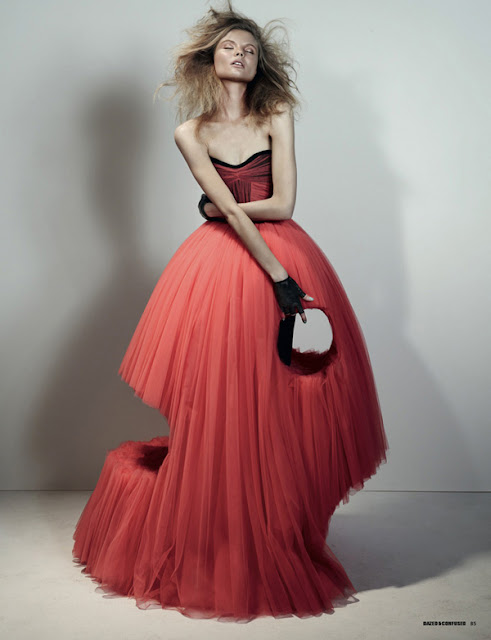 Art for interiors and fashion are all about pushing the envelope and pushing the boundaries of what you can get your materials to do.  This fashion shoot by Josh Olins of Magdalena Frackowiak for Dazed & Confused’s February 2010 edition shows that these dresses aren't created for their practical use but to stimulate excitement and buzz.  Which it certainly does! 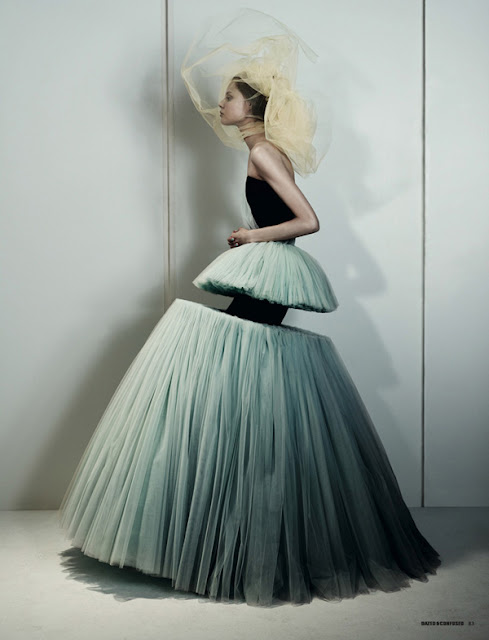 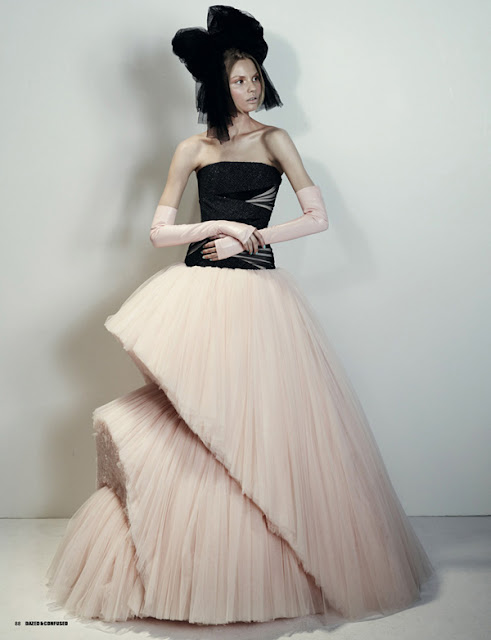 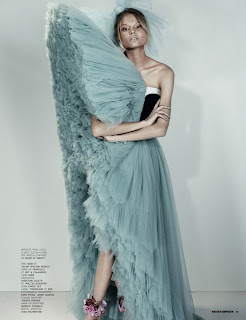 Posted by shaynna at 1:10 PM No comments:

Shaynna Blaze is not defined by one title but by a cloudburst of her passions that form her career and personal life: Interior Designer, Writer, TV Presenter, Stylist, Public Speaker, Wife, Mother, Friend, & Business Owner......for now!

The lines of work, play & Lifestyle are blurred and intertwined to one exciting canvas that Shaynna creates. To take one away from the other would be a Sophie's Choice moment so instead, on this blog you will see it all. Join Shaynna as she shares her life in front & behind the scenes of her multi-faceted career, personal life and things that inspire her along the way.

As the resident Interior Designer on the award winning show Selling Houses Australia, Shaynna rescues ‘style-challenged’ home interiors as they struggle on the real estate market. Along with her senior design team Shaynna is the principal designer of her successful interiors business blankcanvas INTERIORS.

Design is her passion and Shaynna is a regular contributor in print, radio TV and Social Media.